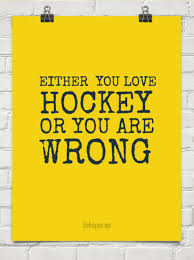 Am I wrong??
There were some important discussions at the meeting last week so I wanted to get the minutes out ASAP to keep you all in the loop and let you know we will be having a
SPECIAL GENERAL MEETING on TUESDAY 21st NOVEMBER at 6.30.
The idea of this meeting to see where we are at and to lock in positions in preparation of the upcoming 2018 season.
It also gives time and opportunity to transition any new committee positions and coaches.
All positions and coaching positions that are declared vacant will call for nominations. All duly elected positions will be ratified at the ATHA AGM in January.
Nominations will be called for the following positions:
President. Vice President. Secretary. Treasurer. Records Officer. Public Relations Officer. Facilities Officer. Umpires Officer. Draws and Fixtures. Canteen Manager. Patron. Auditor. Delegate to Hockey QLD. Umpiring Committee. Grounds and Facilities. Selection Committee. Comp and Fixtures Committee. Bar Manager. Judiciary Committee.
Rep Team Coaches/Managers for all age divisions male and female.
Coaches/Managers for all ages and divisions in the local competition inclusive of Tomahawks .
If you are interested in holding any position in the 2018 season
please complete a Nomination Form which can be found on our website…
ATHA – FORM – ELECTION of POSITIONS Nomination 2018
Please remember everyone is invited and encouraged to attend meetings. Have a say in what happens in your club.
Meeting minutes: MEETING-MINUTES-2017- 24th – October FINAL